In case you missed it, I tweeted,

So #misogynoir almost cost Meghan Markle her life. She thought of dying by suicide because of the misogynoir she was experiencing. She has all the class and color privilege and still felt this way. Think about the reality for other Black women.

The tweet went viral but sparked some questions about whether Meghan was actually a Black woman if she identified as mixed race. 280 characters was not enough so I was grateful that my quick pitch to the ever effervescent Evette Dionne, THE EIC at BITCH, was successful.

Identifying as mixed race, or biracial, or as a “woman of color” didn’t protect Meghan from the British press or the living legacy of hypodescent. Additionally, these terms aren’t mutually exclusive from Black identity. Separating people who have historically and currently been read as Black into a distinct racial group because they also have a white parent does not end racism, nor does it mitigate misogynoir. My tweet was a call to consider how much worse the experience of negotiating misogynoir is for Black women with different facial features, darker skin, and less wealth than Meghan Markle.

You can read all about my thoughts on the situation and what it means for Black women like Meghan (just in case you weren’t sure where I landed).

Additionally I had the privilege to meet the brilliant Blair Imani who, in addition to mentoring me on the finer points of that new (new) social media, invited me on her series, #SmarterInSeconds.

I also had the opportunity to talk about this topic more on The Special Report with Areva Martin and other fabulous panelists. You can watch the video here.

My book will be out May 25! Please pick it up at your favorite independent bookstore or mine.

Moya Bailey is a Black queer feminist scholar, writer, and activist. She is the co-author of #HashtagActivism: Networks of Race and Gender Justice and has a new book, Misogynoir Transformed: Black Women’s Digital Resistance, coming out May 2021. In this conversation, we talk about online communities of support and activism, racial inequalities in medicine, the healthcare system, artificial intelligence, and Moya’s term misogynoir, which describes a specific form of discrimination experienced by Black women.

Even though Democratic Vice Presidential Candidate Kamala Harris was the clear winner of last week’s presidential debate (the fly on Pence’s head notwithstanding), she was disparaged in right-leaning media for her physical appearance and comportment rather than the content of her responses. GOP pollster Frank Luntz claimed that undecided voters “did not find her authentic.” Fellow right-wing politicos Ben Shapiro and David Dudenhoefer (Republican candidate hoping to unseat Rashida Tlaib), both took to Twitter to fire off tweets about Harris’ face rather than her comments during the debate. Shapiro tweeted that Harris looked “deeply uncomfortable” and Dufenhoefer said she was “unlikeable with her smug facial expressions.” While this commentary that ignores the substance of Harris’ talking points in favor of focusing on her appearance is recognizable as the general misogyny that women negotiate, Harris is also navigating the way this misogyny becomes entangled with anti-Black racism. Bill O’Reilly offered faint praise, tweeting that Harris “comes across as articulate though her facial expressions are hurting her.” The word “articulate” is a known dog whistle for anti-Black racism as it is deployed with an assumption of surprise that Black people can communicate clearly and effectively.

The negative ways that Harris and other Black women are discussed in the media are an example of the confluence of misogyny and anti-Black racism. This brand of vitriol is called misogynoir, a term I coined as a graduate student in 2008. Misogynoir is the anti-Black racist misogyny that Black women experience, particularly in US visual and digital culture. Misogynoir is not simply the racism that Black women encounter, nor is it the misogyny Black women negotiate; it is the uniquely synergistic force of these two oppressions amalgamating into something more harmful than its parts.

One way that misogynoir becomes legible in the media’s treatment of Harris is through the frames used to discuss her historic but unsuccessful run for president. Her own political ambitions were minimized in favor of a narrative that she rode to political success on the coattails of her mentor turned (albeit briefly) boyfriend former San Francisco Mayor Willie Brown. News sources insinuated that she’d slept her way to the top, a charge rebranded when she joined the Democratic party presidential ticket as the vice presidential candidate through the short-lived “Joe and the Hoe” merchandise available for purchase at Amazon.com. The sexual tenor of these attacks on Harris are beyond the pale when compared to how white women politicians are criticized via general misogyny, like Hillary Clinton being called a bitch. While legitimate critiques of Harris’ record and political positions are ignored, the Jezebel stereotype of Black women as hypersexual and the “Angry Black woman” myth of Black women as loud and irate, dominate the framing of Harris in the public square.

In a recent study by TIME’S UP Now, researchers found that one-quarter of all reporting on Harris was racist and sexist, with the “Angry Black woman” stereotype used the most. Her Indian heritage is rarely brought up in media and when it is, it is often in ways that affirm her lineage, despite there being legitimate questions about the way caste and colorism may inform her politics. Harris is disparaged because she is a Black woman, not because she is a woman of color.

In my forthcoming book, Misogynoir Transformed: Black women’s digital resistance (NYU Press), I discuss the ways that Black women are using digital spaces to challenge the way misogynoir informs their lives and health. While mainstream and digital media can focus on Harris’ heritage and gender, Black women and their allies are wielding this same digital media to have more nuanced conversations about Harris as a candidate.

NEW YORK (Thomson Reuters Foundation) – A U.S. academic who coined the term “misogynoir” for discrimination against black women said hashtags like #BlackLivesMatter are helping activists to use social media to mobilise and demand justice.

Moya Bailey, co-author of a new book #HashtagActivism: Networks of Race and Gender Justice, coined “misogynoir” in 2008 after noticing that black women were often depicted as sex workers or unintelligent in the media or jokes.

So geeked for this piece to have found a home at Feminist Media Studies! Special thanks to Erica Edwards for the invitation to Rutgers that really set this piece in motion!

“Black Museum,” the final installment of season four of the original series Black Mirror, incorporates many of the episodes that have come before it, creating an apotheosis episode that critiques the technophilia of the series. A Black woman administers justice and brings forth a rare, onscreen vision of a white man being held accountable for his racist violence. Told in three parts, with sci-fi elements that are reminiscent of the work of afrofuturist visionary Octavia Butler and borrow directly from famed illusionist Penn Jillette, “Black Museum” offers a welcome departure from the standard Hollywood tropes of magical negroes, white saviors, and Black victimhood. This British production and cast make the redress narrative possible, building on another yet unsubverted trope of Black British actors portraying Black Americans. It inspires viewers to consider the role of the museum, an institution that has long served as a compendium of technology and racialized gendered violence.

I was on Seattle’s NPR Station talking about  what has and hasn’t changed since Anita Hill’s testimony 27 years ago. You can listen here. 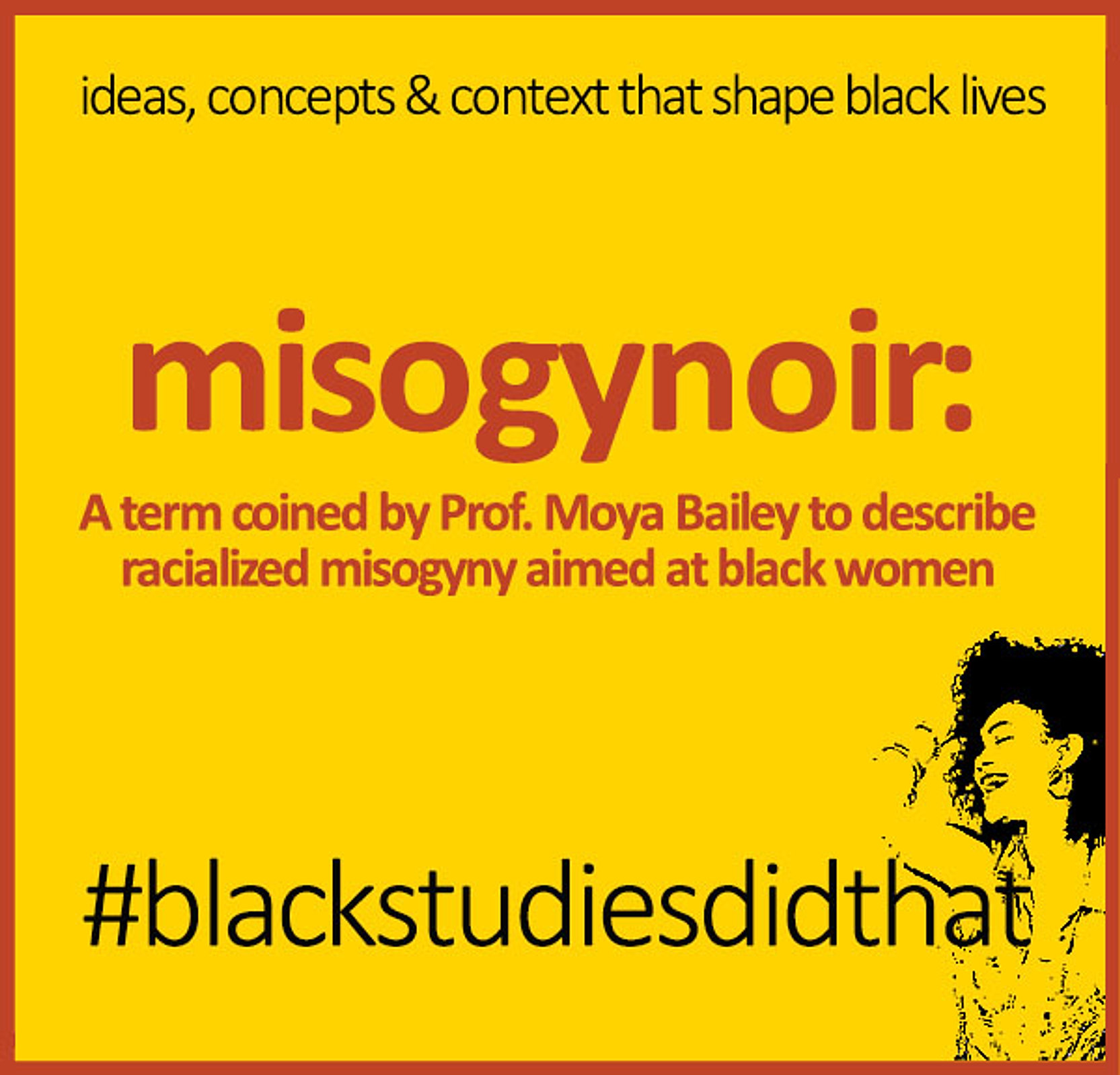